On a Tuesday night at Gleebooks, between Sydney’s hurried inner-city and its hipstered inner-west, three Australian Muslim writers gathered to talk about their ideas of race and belonging. Writers Somali-Australian, Khalid Warsame and Lebanese-Australian, Michael Mohammed Ahmad, spoke to fellow writer Sara Saleh, a Palestinian-Australian, about their latest essays in the Spring 2019 Meanjin Quarterly.

Swarming like flies to light, in their birkenstocks and turtle necks, with their ironic glasses and nonchalant manners, a bevy of White folks also settled in for this discussion of ethnicity in the suburb of Glebe.

Between the Levant and the Horn of Africa, lies the Arab Republic of Egypt. As an Egyptian-Australian trying to forge a way into and through Australia’s mainly White literary circles, I was immediately heartened by the celebration of three writers whose ethnicity was being highlighted as a central component of their personalities, and not as incidental or even worse, decorative.

In Ahmad’s Reading Malcolm X in Arab-Australia and Warsame’s This Vast Conspiracy of Memory, people of colour are given a tantalising glimpse of the self unpolluted by racism, of what Ahmad calls a ‘racialised body,’ re-defining and recreating itself.

One of the main through-lines of Michael Mohammed Ahmad’s essay is that of faith, of its impact and formative influence on people’s identities. For Ahmad, there is a parallel between the miracle of the Prophet Muhammad’s literacy and the empowerment offered by literacy in general. Mohammed is himself an advocate for the power of reading and writing, as the Founder of Sweatshop, a Western-Sydney based literary movement. As an Egyptian-Christian, and moreover, one for whom religion is essential and vibrant: I feel a kinship with Ahmad, for whom faith is a vivifying, beautiful, complicated thing. The Qur’an itself, received by a man known to be illiterate, is powerfully resonant throughout the essay.

“The narrative of the Prophet Muhammad’s life does not only explain the origins of his revelations, it is also a revelation in itself ” (224)

The divine, revelatory nature of the gift of literacy, is embodied in almost messianic terms in the figure of Malcolm X: American civil rights activist and Muslim convert.

“Arab-Australians found Malcolmites, and I found a black star and a crescent moon rising over the suburbs of Western Sydney” (208)

My mum and dad married in a Coptic (Egyptian) Orthodox church in Kensington in Sydney’s inner-west. My dad was raised Protestant: my gidoo having converted long before Dad was even born when British missionaries evangelised Port Said. Mum was raised Orthodox too, but she was easy–going and didn’t mind bringing me and my two sisters up in a Protestant Egyptian church in the Sydney suburb of Kingsgrove. During a church camp for young people, where I was called on to give some kind of a funny speech on the pro-side of a debate about ‘We should  not have to go to school on Mondays!’ or something equally stupid, an older friend, reading over my badly scrawled notes, admonished me, asking, ‘Did you pray about this before you wrote it?’ Every task or activity, no matter how prosaic, can be a chance for the intervention of the divine in traditional Arab communities.  My parents’ entire generation rarely go more than a few words without some appeal to God. We say, Neshkur Rabena, Thank the Lord, or Allhamdilallah, thanks be to God or Allah yekhrebeytak: may God ruin you and your progeny, in passing conversation. The invocation of the Holy Name is as commonplace as a smile or a frown.

When I converted to Egyptian (Coptic) Catholicism a few years ago, leaving behind generations of my parent’s protestant piety, their bible studies and prayer meetings, for the excesses of the traditional Church, it annoyed everyone. My dad took it the hardest, noticing the photo I had posted to my Facebook of Pope Francis kissing the ulcerated head of a disabled man, and the phrase I had written alongside: ‘Here is a man I’m unashamed to call father.’ The next day he walked into my room shouting “CA-SO-LIK?!,” breaking the word up up into three distinct phrases. “It’s like another religion!” What I found in my loud and chaotic Egyptian–Catholic community, where children cry and run up and down during the aisles during mass and where afterward, the congregants kiss the priests hand and then launch into a barrage of Arab style complaints, was a sense of belonging. I found a ‘Communion of the Saints,’ messier than the restrained tastefulness of my parents Protestantism and the narrow dullness of suburban Sydney. It’s not unlike what Malcolm X found in Baltimore through the Nation of Islam, leaving behind the careful moderation of Martin Luther King Jr’s Gospel of peace for the altogether more eccentric approach of Elijah Muhammad, whose politicised brand of Islam guided X’s return to society after his prison sentence.

I concede, however, that religion is not so important a nexus of identity for others. Warsame, whose parents fled the Somalian civil war in 1993, spoke of their Post-Traumatic–Stress–Disorder. “We never talk about it but we talk about it all the time,” he said during the conversation with Sara Saleh, in a dimly lit room atop Gleebooks, where the feeling was at times celebratory, and at other times, sombre and reflective.

Warsame writes, too, of “being a first-generation Somali immigrant in a country that never truly had the imagination to make space for families like mine,” (394) a sense of isolation that I too had felt as an Egyptian-Australian. His essay, an exploration of the intoxicating power of memory, is imbued with the idea of past wounds, sitting just beneath the surface consciousness. At one point, he speaks of this in explicit, physical terms.

“I had a brief, dizzying vision of running into the water only to emerge a bleeding, bloated wreck, split open at the seams, my body a living catalogue of wounds.” (447)

Warsame, like Ahmad, nurtures a longing for literary role-models. His essay is written in homage to James Baldwin, that towering giant of literature, whose photo sits atop his desk in Nairobi.

I have neither the dark hues of Khalid, Baldwin and Malcolm X, nor the pale whiteness of the Anglo-Saxon. Egypt sits between the Mediterranean and the Sahara and our people are tan, olive, brown and black. I am neither completely Egyptian, or totally Australian: like so many of my peers and friends, I’m a hybrid. I share with both authors, and all those children of migrants forging a way of their own, the painful experience of being stretched too thin.

Sitting in that room on the second level of a bookstore in Glebe, I remembered and experienced afresh all of the difficulties of that struggle – of the struggle with my masculinity, with my religion, and against the casual, implicit racism of being, always, just a little different. “We don’t want Wogs here,” said the graffiti, in huge black letters, on our new garage door as we were building our house in Menai in Sydney’s south when I was five. We moved there from a smaller house in the St George area. Dad saved the photo because, for some reason, he felt that memorialising it was important.

My uncles and aunties back in Egypt thought that life in the ghorbe was easy, that the compensation for leaving their society must be the easy money and privilege mum and dad would quickly acquire abroad. “Tsk, tsk” my auntie Sanaa would say to my mum over the phone many times a year, sucking her teeth, “you have the biggest, nicest houses in Australia.” When we had to sell our house in Menai because dad’s mixed business in the city went under, they began to hear the pain and fear in my parent’s voices, which lay close beneath the exterior of well learnt phrases like “Neshkur Rabena,” Thanks be to God and “Al hamdillah.”

For Warsame, memory is a tenuous idea, but one worth protecting. “There’s this cruel link between selection and memory…to remember is to destroy so that new memories can be created,” he said. Of the experience of First Australians, he spoke of the deliberate, cruel way that memory is curated, of the way that massacres like the Frontier Wars between settlers and the indigenous were eradicated to accommodate the more sanitised history of white settlers living in relative harmony with the Aboriginals.

When moderator Sara Saleh wrapped the event up she, borrowing Ahmad’s assertion that people of colour should re-claim the status quo in this country, should be allowed to sit at their own ‘table of the righteous,’ said, “I’ll see you all in heaven.” At the end of the night, I asked the two men what gave them hope. Being ‘doers,’ they both said that hope was less important than action and that in the end, we make our destinies. Yet, for me, their courage and conviction does give me hope and shows me that through critical reading there is a way forward, a way to connect memory with faith. 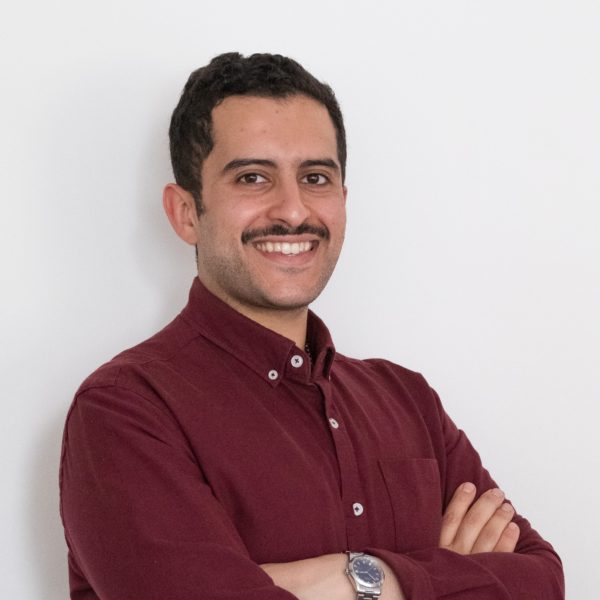