In 2018 I was a part of a panel for Sydney Writers’ Festival called ‘Rising in the West’ held at Katoomba Library. It featured artists who’d been a part of the WestWords Varuna Fellowship, and I was alongside Rawah Arja and Omar Sakr. After the panel an elderly White man who looked like Disney’s 2009 film Up approached me. I said hi, and he grabbed my upper arm. His palm’s clamminess chilled my sleeve . ‘You telling us to all go fuck ourselves then?’ he said, and nodded at my t-shirt.

It was merch for the band Dissolve & Destroy, and the front read, ‘DESTROY WHITE SUPREMACY’. I explained to him that there was a difference between White individuals and White supremacy as a system that privileged them. Up (2009) said, ‘Good. Then we’re on the same side.’ He let go and I walked away, underarms stinging where the shirt chafed.

Though he resolved this confrontation benevolently, I’m still frustrated that he’d felt entitled enough to grab me until I gave him a satisfactory answer. That, at Sydney Writers’ Festival, of all places, he’d misread ‘Destroy White Supremacy’ as ‘Destroy White People’, and I was supposed to fix this for him. That, despite the story I’d performed, it was my body and appearance the old man had read.

High school English taught me that literature was a haven from racism. Everything I’d learnt since about literature proved otherwise.

In 2013, a study by David Kidd and Emmanuelle Castano gave credibility to what book-lovers had known all along: reading generates empathy. As Joseph Frankel notes in ‘Reading Literature Won’t Give You Superpowers’, however, media outlets sensationalised the study’s results, which further studies have failed to replicate. Literary fiction’s value is complex and difficult to measure, and it is difficult to justify the enjoyment of art in a culture that selectively favours science. It’s easy to run with the promise of the 2013 study: literature makes you a quantifiably better person, and perhaps if more people read, the world would be free of classism, misogyny, ableism, and racism.

I have a hard time swallowing even these romantic notions of reading when some of the most ruthless exploitation I’ve faced in my career has been at the hands of the well-read. A couple of years ago, I was involved in a creative development that promised to be revolutionary as the first production to be written, produced, and led entirely by people from culturally and linguistically diverse backgrounds. The production company’s lineup was dominated by White artists, and they seemed excited to change that. The production company’s director invited us to perform it in its entirety at her house. In the living room of that Newtown terrace house—batik on the wall, wabi sabi ceramics in cabinets, and a sofa I was reprimanded for sitting on because it was actually an installation by a contemporary Chinese artist— we performed to a small crowd of her friends and colleagues, all White. We received a standing ovation. The only thing about that production that we’d heard since was an email from the director’s PA thanking us for helping them raise $12,000 that evening. Being highly literate did not prevent the director from using us as fodder to show off her company’s commitment to diversity to potential investors.

Behind the books, and sometimes inside them, the literary industry is just as racist as any other. I recently attended a symposium in October 2019 by Diversity Arts called ‘The Pacesetters’, where artists from culturally and linguistically diverse backgrounds bonded over the disproportionate Whiteness of the arts industry. As Bengladeshi-Australian comedian Aamer Rahman points out, this is hard to escape when Australian arts is such a ‘small space in the first place’. Diversity Arts Australia’s 2019 report into the arts, media, and creative industries Shifting the Balance is particularly damning, pointing out that though Culturally and Linguistically Diverse people make up 39% of Australia’s population, none of the 200 organisations surveyed put CALD people in leadership positions. From editors to critics, practitioners to audience members, writing is a White industry. Unpaid work and nepotism, rife in the industry, further discourage socioeconomic diversity. The dominance of whiteness influences what is written and read and how, and given the small size of the industry, is difficult to ignore.

One particularly egregious example of Whiteness’s influence on literature shows through Black abolitionist and feminist Sojourner Truth’s 1851 speech, popularised as ‘Ain’t I a Woman?’ Two accounts of this speech exist, with one being a transcription by newspaper editor Marius Robinson, and another being an account published 12 years later by White feminist and abolitionist Frances Dana Barker Gage. Robinson’s transcription is in Standard English and reads:

As for intellect, all I can say is, if a woman have a pint, and a man a quart – why can’t she have her little pint full? You need not be afraid to give us our rights for fear we will take too much, – for we can’t take more than our pint’ll hold.

While a similar passage from Gage features stereotypical Black Southern dialect as follows:

“Den dey talks ’bout dis ting in de head; what dis dey call it?” (“Intellect,” whispered some one near.) “Dat’s it, honey. What’s dat got to do wid womin’s rights or nigger’s rights? If my cup won’t hold but a pint, and yourn holds a quart, wouldn’t ye be mean not to let me have my little half-measure full?”

The differences are stark. ‘Ain’t I a Woman’ does not occur in Robinson’s transcription, while Gage’s representation of Truth’s Southern dialect is questionable considering that Truth was born into slavery in New York and spoke Jersey Dutch until she was 9. Where Robinson’s transcript shows Truth to be articulate, Gage portrays her as clumsy (she fumbles for the word ‘intellect’ as ‘dis ting in de head’), but passionate and sympathetic. Though Robinson and Gage may have shared similar ends, I find the popularity of Gage’s account suspicious. Why did it take a bumbling caricature of Truth to make her message resonate? The assumption that literature inherently generates empathy conceals the conditions under which readers grant it. In the case of ‘Ain’t I a Woman?’ this ‘empathy’ is closer to condescension.

Though my encounter with the old man is not nearly as damning as Gager’s edit of Sojourner Truth, it does reverse the romanticism of reading generating empathy. Where my shirt read, ‘Destroy White Supremacy’, the old man had read it as, ‘Destroy White People’ and had gotten offended. In a very literal sense, his racism distorted his ability to read. If reading generates empathy, then illiteracy breeds ignorance. In this case, however, it is racism that breeds illiteracy. Assuming that literature promotes anti-racism never calls into question the ways that people read.

I’ve been using terms like ‘literacy’, ‘reading’ and literature loosely. This is deliberate, and follows the broad model of Black feminist and scholar bell hooks, who, in 1997 documentary Cultural Criticism and Transformation, argues that, ‘[W]e cannot begin to talk about freedom and justice in any culture if we are not talking about mass based literacy movements…degrees of literacy determine so often how we see what see, how we interpret it, [and] what it means for our lives.’ In overestimating literature’s ability to generate empathy, readers may play a more passive role in reading and ultimately understanding texts.

Literature is no silver bullet for racism. Reading books is a good start, but reading yourself is where real transformation begins. 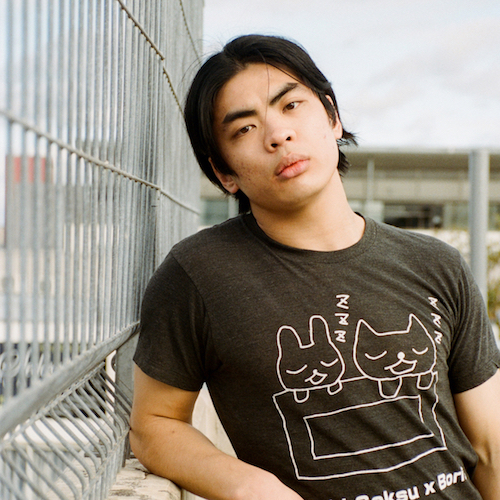