Alba is featured in Flickerfest: Best of Australian Shorts screening at Riverside Theatres, 7 May.  Tickets on sale.

Growing up in so-called Australia in the 90s the only Latinx people I saw on our TV were on Sesame Street. Many years later, there was one ‘Aussie’ show called Wonderland (2013-2015), which I stumbled onto one night as I channel surfed that had one Brazilian character. First of all, the Brazilian character, Carlos Dos Santos was White. When in fact, over fifty per cent of Brazilians are Black, Indigenous or mixed-race. Not to mention that Brazil has the largest Black population outside of Africa. Secondly, Carlos in most scenes was either semi-naked or having sex with his ‘lover’ Grace played by Brooke Satchwell. This poorly researched character was not only misrepresenting the majority of Brazilians but was also just on screen for his abs, period.

That’s why when I received an email asking me if I was interested in interviewing Mariella Solano, an award-winning Peruvian-Australian emerging filmmaker, I didn’t think twice about responding yes. I felt proud to hear of her success with her Flickerfest Best Short Film Alba awarded Best Emerging Female Director because when one fellow Latinx makes it, we all do. Representation matters. Portrayals of minority groups on screens not only determines how others see us but additionally determines how we see ourselves.

When I received the link to Solano’s short film, I immediately recognised the story about the Latinx diaspora connecting with our homeland through traditional dance and finding love within our community whilst dealing with heartbreak in the intimate spaces we create for ourselves after immigration. Funnily enough as I watched this film, I recognised many of the extras swaying in the Uruguayan Sporting and Social Club at Hinchinbrook – a suburb in south-west Sydney my family often found refuge in to connect with our community and culture. As we enter the club in the film, Solano seemlessly moves the camera through familiar spaces with one continuous shot and it literally feels like I’m there bumping into acquaintances, friends and family. Thus, my first question to Mariella was, “Do you consider location to be important when telling our stories?”

“Yes. The Uruguayan Club is such a big part of the Latin community here in Australia. It was also part of me growing up, my mum use to go there all the time. We used to go there to watch traditional dances and that’s how I grew up understanding about my mum’s culture. When I was writing this script, I was like, I know where we need to shoot this film.”

The film begins with a wide shot of the protagonist Alba, played by Nathalie Santillana, rehearsing alone in an aging studio, to the sound of the neighbourhood around her, repeating the same Marinera dance sequence. Later in the film, we get to see Alba perform on stage and here’s where Solano uses low camera angles and intercuts between closeups and midshots to get those fast footsteps of the Marinera. Marinera’s the national dance of Peru. It’s a combination of three dances: Spanish Fandango, African Zamacueca, and Indigenous couple dances.

It’s described to be a call and response dance where the woman flirts with her male partner by moving her embroidered pollera gracefully and swirling her white handkerchief as they circle one another, spinning and promenading with flair. But in Solano’s film immediately the viewer understands through what’s unsaid that things are not right between Alba and her dance partner. They’re timing’s off. They’re eyes are distant. Heartbroken. It’s a poignant scene, watching ex-lovers seduce one another. Hence, my second question was, “Who inspired the idea of this film?”

“It was funny, I actually came up with the idea of the story at my grandma’s eightieth. We went to Peru and there was a lot of Marinera music. It’s a very beautiful cultural dance, very tourist attractive. And, I was like, I wanna make a film out of this. It’s beautiful. Plus, I always grew up listening to that kind of music and seeing my mother perform at the Uruguayan Club.

But in Peru I came up with the base story, you know it’s a dance of courtship, love and flirtation. And I was like, how interesting would it be to see a couple who’s just broken up have to perform that. Once I formed the idea I consulted with my aunty, who’s also called Mariella Solano, and my mother Carmin Solano, they said yeah that would be cool, that would be amazing, that would be great. But then I had doubts about setting it in Australia. To which my mum replied but that’s what you grew up seeing, this is your story, you are Australian.”

We are Australian. Alba shows our stories matter because without them we feel invisible. Solano was able to bring together in film the cueca dancers of Grupo Danza Montun, the murgistas from group Es Lo Que Hay, the folk dancers of Te Amo Peru. And in that togetherness I had visions of my mamá singing alongside my tíos Jose and Emilio in the backstreets of suburban Sydney while I followed behind them to an echoing beat of the Uruguyan Club. In Alba I finally saw us, all of us. 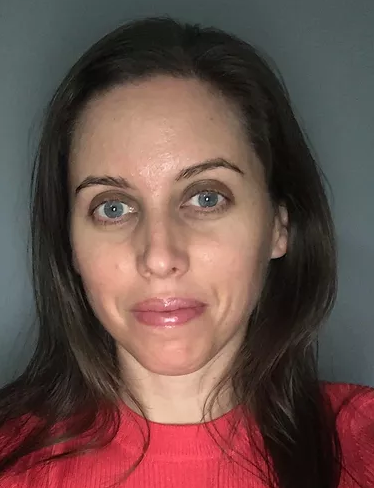