Between Bankstown Sports Club, where my cousin Marielle had her 18th birthday, and Bankstown TAFE, where my dad received a diploma in Community Services after he arrived in Australia from Mauritius, is Bankstown Arts Centre. I’m 26 now, and live in a renovated Newtown townhouse, but I’ve always wanted to go back and live in Bankstown again.

In October 2019, I headed back home to Bankstown to attend Boundless Festival, a festival for Indigenous and culturally diverse writers.

Heading to Bankstown, I take the T3 line train and pass through Erskineville, Marrickville, Canterbury and Wiley Park. Campsie Station is usually where I see other Mauritian parents board the train with their hundred kids. They look Indian, speak French and Creole, and eat fried rice out of Chinese takeaway containers in the middle of the carriage just like my dad.

I walk along Bankstown’s South Terrace, past Banh Mi Bay Ngo and the Taiwanese bubble tea shop. These streets are familiar because they’re where me and my cousins used to hang out on weekends, where I’d kick stones outside storefronts while waiting for my uncle to buy chicken wings from the butcher. I feel more at home here because people look more like me – Brown Mauritian faces aren’t all that rare in Bankstown, Campsie and Lakemba. I turn the corner to face Bankstown Arts Centre and see Brown and Black people hanging out on the grass outside, waiting for the ‘Sweatshop Women’ panel to begin.

The last time I’d seen a Sweatshop panel was at the 2019 Newtown Festival, where Tongan-Australian writer Winnie Dunn, and Djungan writer, Phoebe Grainer, discussed the complexities of writing in a White arts space. In a townhouse next to them, shirtless White men blasted ‘N*ggas in Paris’ from speakers and screamed along on the balcony, yelling the n-word proudly. They called out to me and wolf-whistled.

Here in Bankstown, young Brown men wearing Adidas trackies mind their own business while blasting Lil Nas from their black RSXs. The younger boys in my family hang out here; they drive to Maccas, muck around with their mates, then go home to their parents houses in Revesby. When I pass these guys on the street they gently move out of my way.

I walk into one of the fibro blocks at Bankstown Arts Centre where the panel ‘Sweatshop Women’ is being held. There’s a red Persian rug at the front of the black stage, and my Sweatshop Writers Collective colleagues Ferdous Bahar, Divya Venkataraman, Janette Chen, and Winnie Dunn sit in a row facing me and the audience. I’m next to three hijabi girls, and listen to Chinese-Australian writer Janette Chen speak to the audience. Janette has straight black hair, parted in the middle, that scopes the sides of her face and runs down past her shoulders. She’s wearing a blue T-shirt and matching shorts and moves her hands away from her chest and back again when she talks. ‘As I get older,’ she says, ‘the more proximity to Whiteness I accrue… I now have access to spaces I didn’t used to have, I have economic capital, I have White people coming to listen to me talk…”..

Like Janette, I recognise the benefits that a closeness to Whiteness can bring. I moved out of home and to Sydney’s inner western suburbs when I was 20. I was desperate to get away from my loud Mauritian family and follow the path so many of my White school friends were taking. I was excited to forge an independent identity in an area so heralded for its openness and acceptance. I wanted to stroll past book shops and cafes instead of fruit and vegetable stands and mini fish markets. For a few years, I made new blonde-haired friends and served White people drinks at bars and restaurants. I made money when I was around White people, I felt more successful around White people.

Living in inner western Sydney, I’ve learnt to tolerate racism in a way I never had to in South and Western Sydney. I’ve even laughed along with White girls who compare their fake-tan skin to my arms and legs. When I reached the inner city, my Mauritian-ness and Blackness was exoticised, questioned and debated at every turn, even in my own homes with housemates I thought I trusted. One blonde-haired housemate, Jacinta, and I got particularly close. We’d watch The Bachelor on the couch every week and talk about which bleach blonde White girl we thought would win. When her boyfriend dumped her, I hugged her really tight for hours and told her I would do anything for her. We started going to the beach in summer, which is when Jacinta started calling me ‘Negroid’ and ‘chocolate’, sometimes for fun, and sometimes completely seriously. It kept happening. One morning I sat with her in our kitchen and told her, ‘I know you’re not used to seeing different complexions Jacinta, but the way you talk about my skin is really not okay. It makes me uncomfortable.’ I was shaking.

We talked a bit. Jacinta looked at me and said, ‘So you think I’m racist?’

‘I’m actually really offended that you think I’m being racist, Rachel,’ she said as her voice got louder. ‘That really hurt me.’ She gulped and started crying.

I could feel my heart beating all over my body and my face started going numb. If Jacinta was angry at me about this, how could I feel comfortable in the house we shared? What if she told all the White people she’d introduced me to that I was a sensitive antagonistic little bitch?

I thought of this watching the Sweatshop Women panel, when Divya Venkataraman, an Australian-Indian writer, drew on Malcolm X’s 1963 “Message to the Grass Roots” speech. In a red skirt and black boots, Divya recited: “The house Negro benefits from institutional structures as they stand and acquiesce to their control because of that.”

Hearing Divya discuss this helped me realise that my existence in inner Western Sydney relies on supporting and upholding White power structures; ones that directly impact me. After six years of trying to wear White hipster culture on top of my Brown skin and Western suburbs roots, I know I need to go back to a place and space where Brown and Black family, friends and faces are the norm. I realised after six years that being around Whiteness and its oppressiveness is dangerous. My identity and especially my safety are rooted in the South and the West, around Nips, Lebs, Wogs, Fobs, and refos. 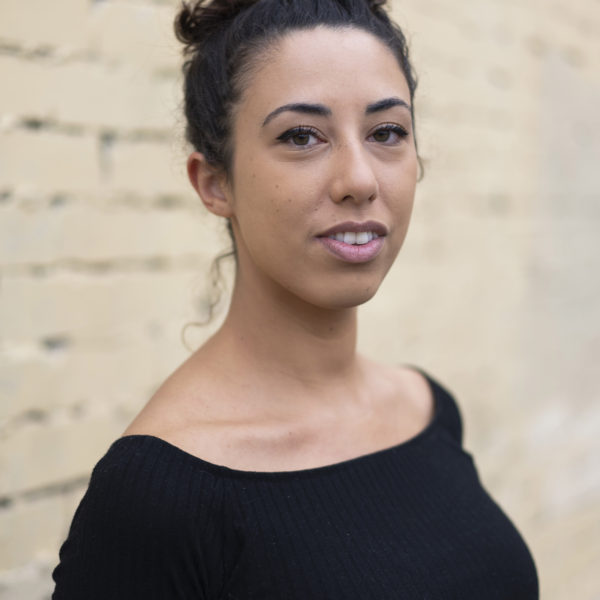