The chaos of authenticity

‘The conditions under which storytelling exists in so-called Australia is dismal. Very little funding trickles down to marginalised communities.’

Content note: This article consists of some explicit mentions of First Nations violence, accounts of disadvantage, trauma, and systemic racism. For folk who are impacted by these themes, please read with care.

It is often conveniently forgotten that the mainstream industries and systems of media art, performance, and storytelling, were built in so-called-Australia via genocide. The lands of First Nations people were colonised based on capitalism driven racism and the many ways in which storytelling engages via the news, films and theatre and music continue to rarely acknowledge that truth and have any meaningful conversation around treaty and reparations.

This has also led to the intentional marginalisation of many identities that don’t fit the ‘ideal’ body who is white, able-bodied, non-fat, heterosexual and cisgendered. Intersections or identities that do not fit that description are processed as ‘diverse’. This insinuates that not only are these intersections different but also suggestive of a very definitive and dangerous norm of being the other or the difference.

The conditions under which storytelling exists in so-called Australia is dismal. Very little funding trickles down to marginalised communities simply because paying for ‘diverse’ arts is seen as an alternative to paying ‘mainstream’ art. The little funding that does trickle down creates competition between marginalised storytellers, and as a result it creates competition between artists.

Some competition is healthy. But competition that denies art to holistically occur via community, consultation and conversation leads to isolation and creates a gap between what we see on stage or screen, and the realities that many communities experience in their daily lives. Further, art that cannot be commoditised to fit within a screen, stage or gallery runs the risk of being erased entirely due to the lack of support.

Funding bodies, festivals, and performance companies rarely invest in works offered by marginalised folk that delves into human complexity often because it raises the stark truth of the often subhuman conditions under which many communities exist within. Marketing and PR strategies, ticketing platforms, social media campaigns, funding and grant applications are not catered for intersectional outlooks of the lives we live, and the stories we intend to tell. Often the bandwidth of ‘what can sell or is marketable’ is so small that companies and funding bodies rather not invest any time, skill and training in it at all.

This also leads to marginalised folk not being accurately and appropriately represented, and continues to feed the myth that POC, queer and disabled folk are mere caricatures that don’t need for their humanity and complexities to take space on stage or on screen.

As a dark skinned, disabled and transgender immigrant, I am often stuck to the pressures of needing to simplify my work to make it palatable to a majority of white and able-bodied audience. If I refuse to do that, I significantly risk my work not being considered as commercially viable, marketable and approachable. This is to add to the fact that I am already ineligible for most funding because I am on a visa, and nobody wants to employ me because a majority of workplaces don’t know how to hire and hold on to brown trans women with safety and equity.

This is also where policies of ‘inclusion’ and ‘diversity’ falls apart because it asserts the need for and expects people who look and are different to behave and condition themselves according to the norm and the default, and have certain paperwork that is very inaccessible, when really that is entirely impossible (I can’t become white), unhealthy, disempowering, and inaccessible.

Those too are the expectations of system-led assimilation.

We have barely even scratched the surface of acknowledging the diversity that all humans exist in. Therefore we also don’t yet understand the range of needs we possess, and the ways in which we can benefit from representations and visibility that is offered by media simply because they carry the power to inform systemic policies, governmental laws and regulations, the levels of peoples’ wellbeing and health outcomes. Accurate representation can lead to better outcomes for wider systemic and global issues like the lack of affordable housing, the devastatingly rising rates of domestic and family violence, the continued erasure of trans, disabled and fat folk, and the climate emergency, to name a very non-nuanced few.

The fact that there are an astonishingly low numbers of public venues of performance in so-called Australia that are accessible to disabled, fat and queer people (both for artists and audiences), the fact that we rarely see single parents, community Elders, people of marginalised faith, non-English speakers represented accurately on stage and the fact that we witness often privileged corporations, producers, directors and actors getting richer and more powerful by the day, while deeply talented marginalised people continue to go without jobs points towards the stark lack of empathy, the blind-eye towards the interconnected of storytelling opportunities and systems to wider systemic issues and the nonchalance towards the urgency we face is only growing starker.

Authenticity for people of colour, disabled and queer folk within mainstream media and platforms cannot exist with white, cis-hetro patriarchal supremacy. Access to the means for artists and storytellers to do their jobs should not be a fight, and is crucially important for our survival.

The work to create these shifts and changes isn’t necessarily the work of marginalised folk either, and is well within the power of the oppressor. It requires the acknowledging of the truth, the harm that has occurred and a willingness to actively unsettle.

There is hope, sure. And then there is the extensive and intergenerational damage we are still coming to terms with. What we do with it all is for the privileged to figure out.

This article is published as part of Diversity Arts Australia’s partnership with ArtsHub/ScreenHub and Diversity in Australian Media to support/ provide opportunities for diverse voices, options and greater diversity in arts and screen reviews and articles. First published 17 November 2022 on Screenhub. 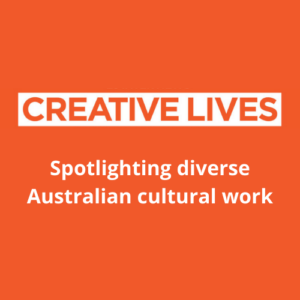