On the 31st October 2019, Daniel Nour and I from Sweatshop Writer’s Collective, attended WestWords October Poets’ Corner event. Reading and talking to the theme of ‘Memory as Place’, was Omar Sakr, a Turkish-Lebanese Australian writer from Western Sydney and author of The Lost Arabs. Until recently, Daniel and I haven’t been in the same spaces at the same time and I was excited to get to know a fellow writer of colour in more depth. We had decided to drive in to the event together because we both live in Campbelltown. We met at Liverpool Station, and it took us an hour to get to the Westwords building, which was located in the rural part of Parramatta. The transition from the Parramatta CBD to North Paramatta seemed a whole century apart. The Westwords building is grey with a red door and it is positioned between a grey–blue Tradelink industrial building and a grey Domino’s Pizza building. I smirked to myself, could it be any more ghetto than this! What’s with Australians associating old and rusty with art?

When I walked in, the first thing I noticed was Half of a Yellow Sun by Aunty Chimamanda Ngozi Adichie on the window shelf. I picked it up and grabbed a tiny white wooden chair at the back. The room was set up like an examination hall, which reminded me of my classrooms in Nairobi, Kenya Kifaru Primary. I sat at the back as I usually do in these majority White spaces, before Daniel walked–in and yelled, ‘Aby!’ and signalled me to come sit at the front row. As a South Sudanese Australian woman living in Western Sydney, the burden of always finding myself alone in a full room was abridged by Daniel’s loud presences and his Egyptian heritage. Daniel is a goofy guy, his self-assurance and his energy makes me laugh. I told Daniel that I usually sit at the back at these events and he said, ‘Gone are the days of you sitting at the back, girl.’

As elderly White people continued snacking, sipping wine and laughing, a short middle-aged White man, whose name I forget, interrupted the crowd. ‘I would like to start by acknowledging that we are meeting on Darug Country.’ He then introduced Omar Sakr. Sakr rocked up casually, swagged up in black chinos, a black Everlast t-shirt and black Fila slides. Sakr, too acknowledged that we were meeting on Darug Country, that it was never ceded, that it always was and always will be Aboriginal land.

As a refugee woman who did not grow up in Australia, I did not expect any personal connection with Sakr’s experiences of being a bisexual Arab Muslim man born in Western Sydney other than appreciation of his art. However, I found the way Sakr personally uses English words to illustrate discrimination and cruelty experienced by Arab–Australians was viciously relatable to me and my community’s experiences.

In Sakr’s poem “Ordinary things” he uses words such as:

“I was out walking yesterday or
perhaps it was today
when a man young as a son spoke
under his breath: go
back home, he said, you belong.
There. Not here”.

These words truly described the level of stupidity embedded in Australia’s racism. I mean Sakr, was born in Liverpool — how can a stranger know exactly where home is for another stranger? Just because they look different.

After the poetry reading came a Q&A. As I sat there listening to the types of questions Omar was being asked, I started to remember all of the questions I get asked on a daily basis, like, ‘Where are you from?’, which is so old and outdated by the way, and ‘Omg! Your hair is beautiful may I touch it?’, even when its shaven down to a buzz cut. But the most bizarre question I have ever gotten was a comment, from one of my White colleagues. She swore to me that melanin had a smell. Out of curiosity, I asked her what melanin smelt like. Apparently, it’s an indescribable smell. She said she even Googled it and Google said it is a thing! I told her, ‘Oh, like the same way Google also told me I had cancer one time?’ Her face turned red and she just shrugged and mumbled, ‘I like the smell.’

What helps me comprehend these racist questions is listening to Sakr’s poetry. The way Sakr captures speech and thought in a rhythmic flow reveals the truest form of Australian racism and the subsequent consequences of living in Australia as a person of colour.

It shocks me, how long it is taking White Australians to realise an Australian is not and has never really been just the blonde-haired, blue-eyed stereotype. Aboriginal people are custodians of this land. Asians have been here since the beginning of the invasion, the Arabs too. I just don’t understand why being Australian is associated with white skin? And here I was thinking that my own doubts of being Australian were because I did not go to grow up in this country, rather than the dark hue of my skin.

The Lost Arabs has discarded colonial ideas about ‘owning’ land as ‘citizens’ and instead, honours the diaspora as an empowering space even through all its loss. 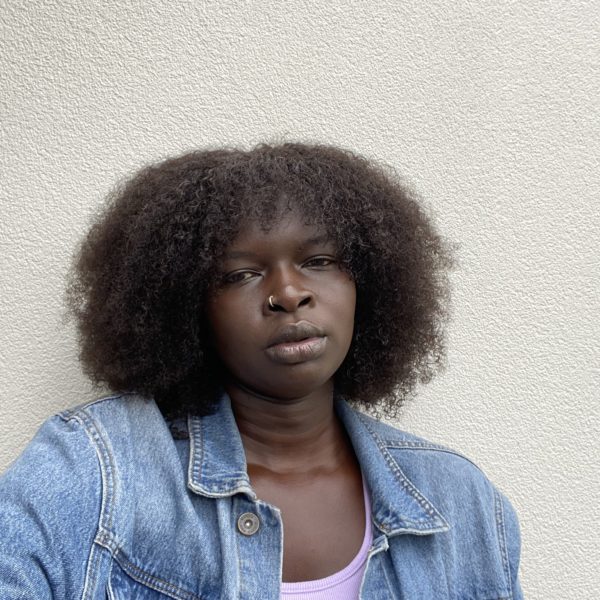