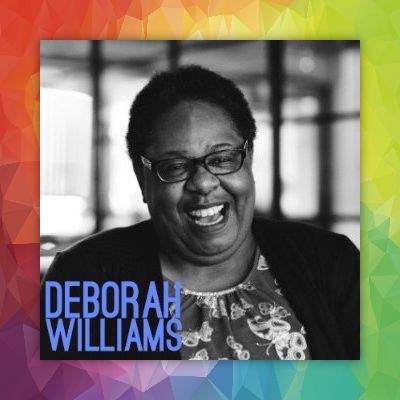 Prior to her work with CDN, Deborah undertook ground-breaking work as Diversity Manager at the British Film Institute (BFI). This included opening a lottery fund to promote diversity and designing the diversity standards for film and contributing to the strategic and business plan of the BFI. She was responsible for leading on equity analysis and the introduction of the Creative Case for Diversity in the Arts Council England.

Outside of the UK, Deborah Williams has been an advisor to the Swedish Film Institute and Arts Council, the Academy of Motion Pictures and Sciences, the Danish Film Institute, the Cannes Film Festival, the European Disability Forum and spoke at Australia’s Screen Diversity Inclusion Network in 2018.

In addition to her advocacy work, Deborah has over three decades of experience in the performing and screen arts in the UK including running her own theatre companies, acting with the Graeae Theatre Company,and teaching stage management at the Webber Douglas Drama School.

Focussing on practical ways to improve equity and inclusion, this symposium is specifically designed for the Victorian arts and creative industries.

The Fair Play Symposium will be Auslan interpreted and live captioned.