Be true to your own experience, identity, and voice

Meet Me at the Intersection is an anthology of short fiction, memoir and poetry by authors who are First Nations, People of Colour, LGBTIQA+ or living with disability.

The book’s co-editor, Ambelin Kwaymullina, is an Aboriginal writer and illustrator who comes from the Palyku people of the Pilbara region of Western Australia. She spoke to DARTS for our Creative Lives project.

Meet Me at the Intersection is an anthology of short fiction, memoir and poetry by authors who are First Nations, People of Colour, LGBTIQA+ or living with disability. The focus of the anthology is on Australian life as seen through each author’s unique, and seldom heard, perspective. The anthology emerged from the ‘Voices From The Intersection’ Initiative.

Get your copy of Meet Me at the Instersection

What was it like working with writers inspired by the desire to share their ‘Own Voices’ stories?

Incredibly rewarding. As Rebecca and I write in the introduction to the book, “We were not surprised at the urgency and energy of the voices – for we knew the stories were out there. But even we couldn’t have anticipated the degree to which we were awed and inspired by the tales in this anthology.”

Why do you think cultural diversity in the arts is important? What would you like the Australian literature and publishing landscape to look like in the future?

Cultural diversity is important because cultural homogeneity is a lie. It is not an accurate reflection of the world, and certainly not of Australia – and in being inaccurate, it denies the hopes and dreams of realities of so many. In future, I’d like to see Australian literature and publishing become a place where all voices are heard equally, and all voices have an equal opportunity to be heard.

Cultural homogeneity is a lie. It is not an accurate reflection of the world, and certainly not of Australia

Your mother (Sally Morgan) is one of Australia’s best-known writers – what has she taught you about your craft and how has she influenced your practice?

Among the many things I learned from mum is that writing is sheer hard work. I never under any illusions that it was easy, or could be done quickly! Just as well, because if anything, it’s even harder than I thought when I was a kid.

What drew you to speculative fiction and collaborating with your brother Ezekiel for the novel ‘Catching Teller Crow?’

Zeke and I are siblings, friends, and very alike. We are two people who can understand each other perfectly without saying a word. It was a joy to work together to tell this story. And we are drawn to speculative fiction for the way it allows us imagine a future different from the colonial past.

A totally addictive ghost story, crime story and thriller, told half in prose and half in verse, from two of the most exciting Aboriginal voices in Australia.

Be true to your own experience, identity, and voice. And don’t let anyone else tell you who you are or who you should be.

Ambelin Kwaymullina is the author and illustrator of a number of award-winning picture books as well as a YA dystopian series. Her books have been published in the United States, South Korea and China. Ambelin is a prolific commentator on diversity in children’s literature and a law academic at the University of Western Australia. Her was awarded Notable Book awards by the Children’s Book Council of Australia in 2008 and 2009 and was shortlisted for the Queensland Premier’s Literary Awards and Children’s Book Council of Australia Crichton Award for New Illustrators in 2008. 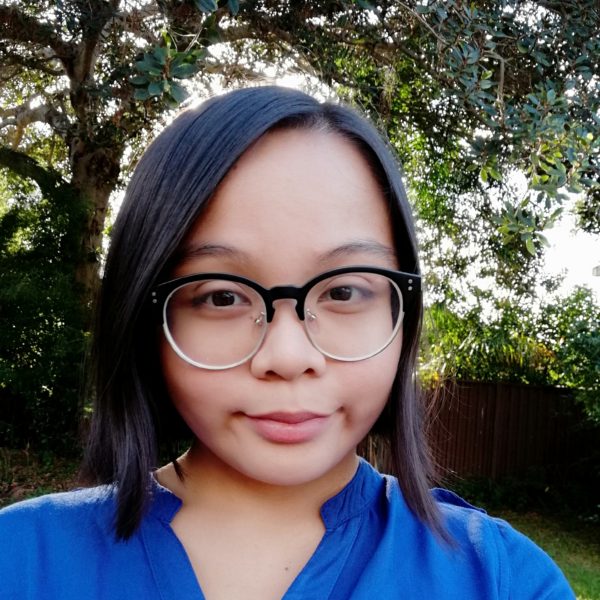